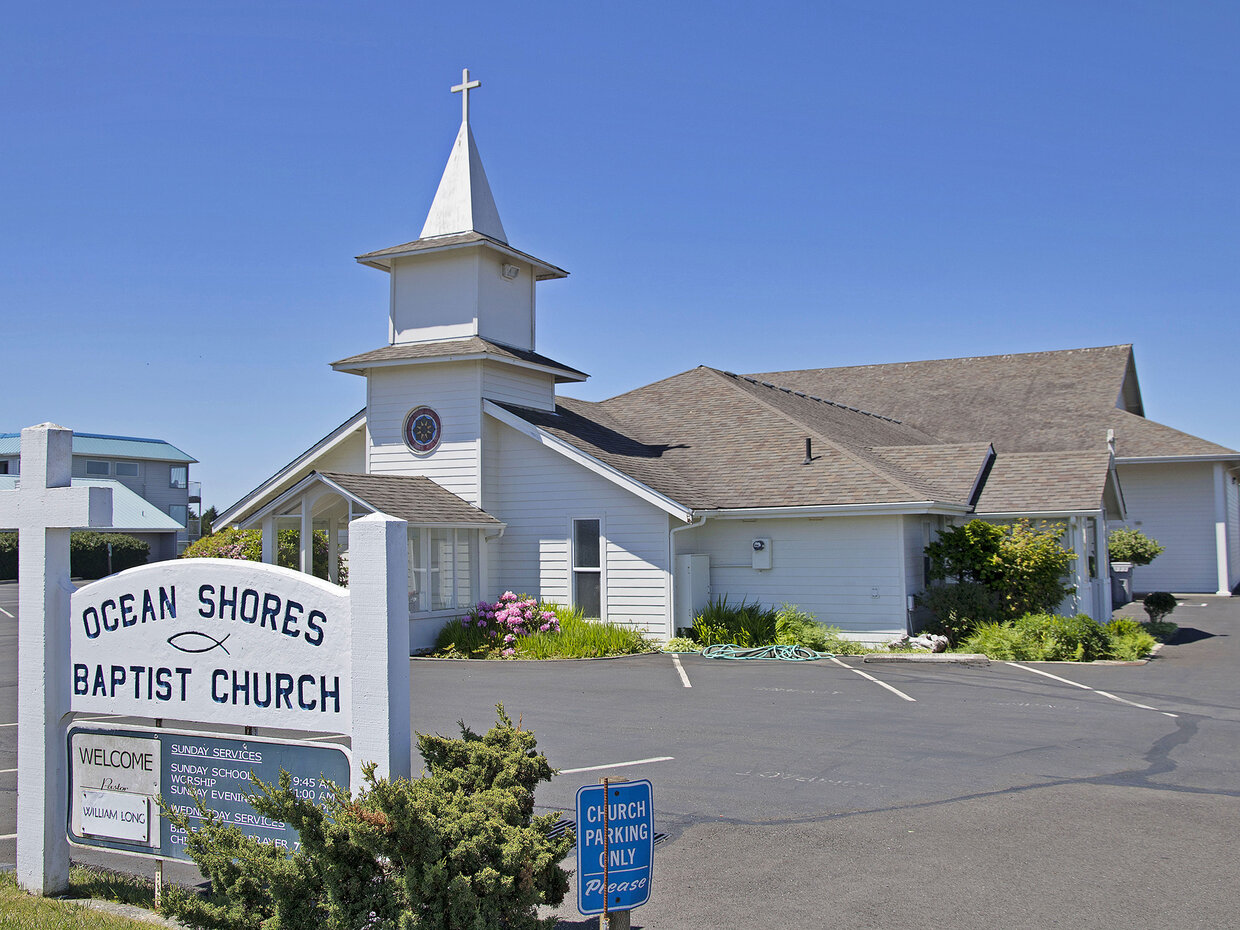 Initially named Grays Harbor Baptist Church, Ocean Shores Baptist Church was formally organized in 1977. It is the second-oldest church in Ocean Shores. The founding Pastor, Pastor John (J) Talbot, brought his family to this area from West Virginia in order to "plant" a new Bible-believing church. After several years of intense ministry, he returned to his home state to further serve as a church planter. Pastor Talbot continues to remain in touch with the work he selflessly started.

Coming from Iowa, Pastor Dan Lindsey and family followed Pastor Talbot in this ministry. Pastor Dan sacrificially served here for 16 years, and he also remains in touch with this ministry. Former missionary Fred Schmidt, who was here for 18 months, succeeded him. This current pastor, Pastor William Long, came to OSBC in August 2000.

The church facility today is much larger than when first built. The "old" church remains and is now part of our "new" fellowship hall. The design and distinctive steeple were copied from a small church in the town of Sam Black, West Virginia. Two additions have been added to the original structure, the first in the early 1990's and the second in 2008.